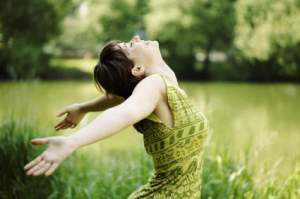 Your best work is always behind you. You just missed it.

If at first you don’t succeed, realize you were never good at what you were trying to do anyway, give up, and go sit in the dark.

The farther you climb to the top of the mountain, the more and more expensive gas prices become.

Early to bed, early to rise, makes a man lonely, empty and wandering.

It’s always darkest before a coma.

An apple a day will not keep murderers away.

Sadness is happiness without lying to yourself. But sadness is also a lie too, somehow. Nothing’s real.

More often than not, inspiring quotes are distractions from real life problems and delusional/meaningless self motivators that will send you down a path of complete and utter madness.

Follow your dreams but remember that 64% of dreams are nightmares.

The joys of childhood are only a tease of how good life can be before the downward spiral of growing up and going to high school and realizing people are filthy and horrible.

Do what you want to do, but realize it probably doesn’t matter, it’s selfish, self-involved and is probably only important to yourself.

You’re your own worst enemy, so I guess the only way to really defeat yourself is by committing suicide.

Remember as I write this quote, so, so many people, I mean like an absurd amount of people, are dying constantly.

“Ignorance is bliss,” said some Asshole.

Money cannot buy happiness. Nothing can. Money can, however, buy you food to prevent you from starving to death. But cancer’s always creeping around the corner, poking you with his long, wooden stick and smiling with his toothless grin.

One person’s trash is another person’s victimization to corporate brainwashing.

Every second we spend helping others, we are still destroying our own planet just by being here.

Everything you know and love will die, so imagine how unbelievably lonely and awful it would to be immortal. Almost makes you want to die faster, doesn’t it?

Every pseudo-human who comments underneath celebrity news blogs is still allowed to eat and consume our air.

Most things are made by killing something else.

Killing another human being is considered serving your country under God, which means God must want us to kill people, so if we don’t murder, we’re definitely going to Hell.

Getting ahead of the competition means you are abandoning your fellow man.

We can neither confirm nor deny but we can speculate that our own leaders are currently poisoning our water.

Hallucinatory drugs were meant to help you escape from the trivial realities of life by expanding your consciousness, and allowing you to think on a higher plane, but the drugs themselves come from reality, therefore making them tools of deception. There is no escape. Only more horror waiting for you as you sink deeper into the rabbit hole.

Mike Cullen is a short filmmaker and writer from Chicago currently living in Los Angeles. His videos can be seen at Vimeo.com/mikecullen and his short web series is up on Youtube.com/sadbossseries