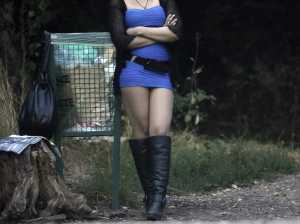 I took a walk the other night. The goal was to walk to a convenience store, located just down the street, buy a moon pie and something to drink, and go home. So, I did just that. Except, I did not walk straight down the street, the air was too nice for that. I took the longest way around the block.

I lived on the top of a hill, where I had a clear view of downtown to the west and the airport to the east. The lights were dazzling at night. The number of cars and pedestrians moving about was a fraction of the number it was during the day, but still dense enough to keep each moment dynamic…as far as traffic patterns are concerned. I turned my first corner.

I settled into my stride and got real high (on life…), looking up at the power-lines hanging overhead. I wished I had a camera, but knew that it could never quite capture what it was I was seeing: industrial nature in high definition night colors. It was like seeing an Allen Ginsburg poem come to life. It was like my own, personal Sunflower Sutra. I turned my second corner.

This was the stretch. The convenience store was straight ahead. I could see it in the distance. One of the busiest roads in town ran along the stretch. Halfway across, the stretch turned into a bridge for about thirty yards. The bridge is situated over a brook that snaked down from the summit of the hill and ended up in a metropolitan pool of murk-water. Surely, that very water—minimally filtered, containing trace amounts of pharmaceuticals, fluoride, and the American spirit—would end up in a clean glass, under a clean faucet, with a clean conscience.

Well, I was about fifty yards from the convenience store, when I spotted—what appeared to be—a prostitute standing outside. She was leaning against the corner of the building. The store grew larger as I approached; as did my visual clarity of what was most definitely a prostitute, standing between me and my whole purpose for going out.

She wore fuck-me pumps, leopard-print tights, and a too-small halter top, neon pink. The crown of her head adorned a wig. When I say the “crown” of her head, I literally mean the “crown” of her head; which was shiny and bald. It was like she was wearing a yamaka wig. She wore that wig so far back, her forehead was more like a ten-head. Six Shaolin dots would have fit just fine on that exposed dome. She and I were within talking-distance now.

“Heyyy babyyy. Could you bring me out some change when you’re done in there?” She looked me up and down.

I just shrugged. Ever since I moved to this city, one-fifth of my human interactions have consisted of strangers asking me for money. A bell dinged as I entered the store.

I was about third in line to the cashier, moon pie and mineral water in hand. I was wearing my sweet, leather jacket. There was a secret pocket inside that jacket, over my heart. That’s where I kept my wallet.

I was at the front of the line now. The cashier was ringing-in my snack. I reached into my secret breast pocket, for my wallet, but felt something more in there. It was a condom. I produced my wallet and gave the cashier my debit card. All the while, my mind reeled. What if I gave the prostitute the condom?

…I will let that soak in for a moment…

What if I gave the prostitute the condom? She would attack me. I would try to run—and I could run fast—but, in a blind pill-rage, she would bolt at me, faster than Usain Bolt, leaving her wig flapping in the wind behind her. She would tackle me to the ground, me: face down, teeth shattered on the pavement, nose inverted into my skull. She would flip over, onto my back, and repeatedly stomp on my testicles, and then, because the adrenaline got her so worked up and hot, she would smother my face with her gigantic breasts, nearly suffocating me, and she would start kissing me telling me that it was alright.

Either that, or she would try to pick-me-up.

Neither of those options seemed appealing, so I kept my wrap under wraps.

I passed by her outside and said, “Sorry. No change.”

She said, “Don’t be sorry, baby. I know you’re alright. I’ll see you on payday.”

I looked back at her with, my famous shit-eating-grin, shook my head and said, “I doubt it.”

On the walk home, I ate my moon pie and drank my mineral water. When I got home, I farted around for a while, and then decided to go to sleep. I slept. I woke up. I did my morning ritual. I hopped into my car and headed downtown. Halfway there, I had to stop behind a Metro bus that was loading up. In line, waiting to board the bus, was the woman from last night. She didn’t see me, but, fuck, I saw her! How could I have been so bold? To think that I really would never see her again. And here she was, right in front of me, not twelve hours since our last encounter. She may have been right. I might be paranoid. Both statements are probably true. Maybe she will see me on payday. If I do see her, she won’t remember me, but I will remember her. I will give her the change she asked for.

James Asher is a 26 year-old human male with a Master’s Degree in Theatre (acting), working a dead end day job (most nights), while occasionally landing well-paying, but artistically soul-crushing commercial roles. I’ve lived in Austin, TX for two years now. I watch a lot of cartoons, and I love being around honest people who won’t think twice about calling you a shit-head if you’re really being a shit-head.