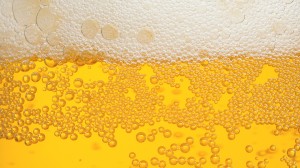 Okay. Yeah, this is kinda weird…

I take it from you not accepting my “friend request” that you are pissed.

I don’t blame you.

I left in a hurry. As I so often did, I had my way with you all night and then, in the morning, pretended that I didn’t know you.

“You had your share of beer last night?” My wife would ask.
“Not really.” I’d scoff…Only to return to you the next afternoon, slobbering with need.

I wanted to explain my departure but I knew that If I saw you, if I approached you, I would’ve wanted to have you, and then, we wouldn’t have been able to keep our hands off each other. If I didn’t just close the door on us, I never would’ve left.

Let me say, that in all the years I was with you, I was true. Know that. Other than a few youthful mistakes with Jaegermeister and Jell-O Shots, I was yours and yours alone. Once even, in the midst of a crazy night with you on Hampton Beach, so in love I was, that I almost had you tattooed on my bicep- looking all sexy with a foamy head in a frosty mug.

I gave myself to you fully…

I could be up with you until three in the morning, exhausting myself in your thrills before I would fall helplessly to sleep on the mattress, only to wake the next day and by two in the afternoon be longing to see you again.

The first time I met you it was seventh grade, one of my older brother’s friends introduced us, you were with him, I remember, but he let me sip you and instantly…I had to have you.

When he went to the bathroom, I took you from under his chair and poured you in a cup and ran outside. We hit it off right away. I finished you right there.

“Where’s my fuckin’ beer?” I heard the friend say from inside the house, but we just giggled with laughter.

“He’s always so angry.” You said, “I just want a guy who’s fun and happy.”
” I can guy that be.” I tipsily spoonerized. And we broke down again in laughter. (Remember the early days? We laughed all the time.)
“When can I see you again?” I asked.
“I’ll always be here…” You said. And you were.

I could take you to the fanciest restaurants or the diviest dives. All that mattered was that we were together.

I know it’s been twenty months and I’m sure you’ve moved on and found plenty of others ( I was always so jealous of how others saw you…”Let’s have another beer…” How dare they? I wanted you all to myself), so you don’t care…but our relationship took a toll on me, too.

I gave. Did you see me out running to the gym every night? No, I was with you. Did I push you out for a glass of wine and salmon dinner with a side of broccoli? No. Why? Because you didn’t get along with them!

I gobbled wings and chinese food and pizza, because they were your friends!

But where was I? I was dwindling away and in my place was a bloated, incontinent goat who belched and farted and, to embarrassing effect, failed to clear the google search history.

He took my phone and called all my friends telling them what he didn’t like about them; he even reached out to distant, short-lived acquaintances making strange requests at odd hours, getting me in near- fights with angered boyfriends and brothers.

Every few years you rendered my wardrobe obsolete. You lingered with me for mornings, hovering between my fellow passenger on the train and me. “You want a piece of gum? How ’bout a mint?” I heard more times than can be recalled. But I just thought they were being friendly! That’s how much control you had over me…the denial.

Am I to blame? Sure! Could I enjoy you with other people? Did I not steal you away?

Oh, I tried: happy hour I’d be everybody’s buddy, but by last call, I was yanking you all over the bar, telling everybody that I owned you.

“Don’t even think of taking that fuckin’ beer, bouncer boy…it’s mine!”

Somebody once said to me “You always have a beer in your hand.” I smiled and took you right to my lips. Remember? I realize now that they didn’t mean it in a good way…

Sure there were lots of good times with you, beer. But when the bad times started outnumbering those good ones, I had to look at the truth of our relationship.

I’m sure I lost my virginity when I did because of you. But I also blew the opportunity with at least a half-dozen others because you made your presence known. (“Is there something the matter?” echoes in my head).

Yes, you made me more charming than I was so many times. But you also confiscated my filter to the displeasure of dinner party guests, elderly relatives and foreigners.

Ok, and I’m thankful that you gave me the courage to face men who in sober daylight I’d think twice of tangling with… but at the expense of my coordination? (“Owww!”)

And while you showed me an exhilarating night here and there, you’d keep me from the light of day the next morning.

In the end, is that love? Or is it just insatiable lust?

Bonnie and Clyde. George and Martha. Scott and Zelda. Paul and Beer.

I’m angry for the hurt you caused, but I do miss you.

Sometimes I’ll be watching an old movie and I’ll see Steve McQueen hoisting you; you in your sixties brown bottle with indistinguishable label and I’ll reach for the screen.

Why can’t I be like McQueen and sip the thing? And then I get the answer in the following love scene: McQueen taking his time, kissing Faye Dunaway passionately and cleanly. Had that been me with Faye, five seconds into that beautifully cinematic kiss, I’d be dry-humping her leg.

So, when I say: It’s me, not you. Believe me, it’s me, not you. You are who you are. You’re meant for those people who can enjoy for an hour after softball or those can hang out with you as they coil the lines and scrape the barnacles off the 24-footer.

Me? I’m a glutton. Always have been: As a kid at Easter, I would shove an entire row of marshmallow peeps in my mouth out fear that my brother would pull off one of the confectionary chicks for himself.

But for now, let’s live.

Paul Ahern lives in the Boston-area, where he coaches high school wrestling. He was once a police officer and recently finished a novel about that experience, entitled “The Downtime.”

One thought on “Dear Beer”