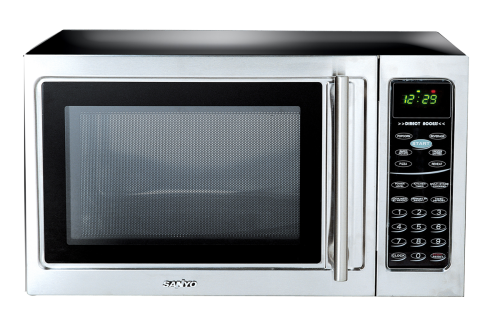 The stench of withered cantaloupe and three week old Taco Bell assaults Josh’s nostrils as he opens the refrigerator door. Paper bags, to-go boxes and plastic containers shielded with sticky-notes proclaiming “DO NOT TAKE,” “THIS IS NOT YOURS,” or “DON’T BE A JERK!” fill every inch of shelf space. A glacier bulges from the ice box, entombing its frozen prisoners.

Josh reaches for a triangular piece of tin foil wedged between a McDonald’s bag and french vanilla creamer. Shutting the refrigerator door, he unwraps the foil, grabs a plate from the drying rack and walks toward the microwave.

“How long do you microwave cold pizza?” he mumbles to himself.

Shrugging, he opens the microwave, tosses in the pizza and arbitrarily hits “quick heat” as Trevor enters the break room.

“Sup buddy. Got your Yoohoo. What’s for lunch?” he asks Josh.

“I made a Little Caesars run last night. Went a little overboard with the five buck grab-n-go’s.”

Indifferent to the etiquette of post-refrigeration pizza consumption, Josh motions toward the microwave. His muscles barely contract before Trevor seizes his hand faster than a mother arm-barring her child during a car crash.

“No!” he cries. “Are you insane? You can’t stop a microwave once it’s started. You know what will happen.”

With the swift ignorance of a toddler squashing a bug, Josh opens the microwave.

Instantly the lights turn red. A single bass note plays. Laughter akin to “Pennywise the Dancing Clown” from Stephen King’s IT resonates in the distance.

“Are we having a fire drill?”

A floating creature appears in the corner of the break room. Broken watches of every color, shape, and size wrap around its six limbs as if it was a teenage groupie on Cindy Lauper’s, The Fun Tour. The Apple pinwheel of doom eternally spins in place of its torso. A box TV sits atop its neck; gray static animating the face of a cherub. The voice of Kathleen Turner after her second pack of Pall Malls rasps from the screen.

“Trevor do you see this?” Josh shrieks, but there is no response. He turns toward his friend only to find that Trevor has become a brick statue, mouth ajar, fire burning within.

“You’re mine now Josh.” the creature hisses. “You stopped the microwave before the time ran out. You’re damned to an eternity of limbo, trapped because of your inability to wait 27 seconds.”

The word “forever” echoes in the air as the creature fades from sight. The walls morph into textured plastic. Trevor melts T-1000 style into a glass plate on the floor, which begins spinning beneath Josh’s feet. The perpetual bass note drops…and then explodes into a deafening microwave hum vibrating every cell of his body. Radiation bombards Josh from every angle cooking him to the brink of death, but never finishing the job.

Michael Shepherd Jordan is an Actor/Writer/Improviser living in Chicago. He has trained at The Second City, The Annoyance and iO Chicago. You can see more of his work on the website of his sketch comedy group Cake-n-Hatred (www.cakenhatred.com), and listen to him on his weekly podcast, Podcastaways (podcastaways.libsyn.com).